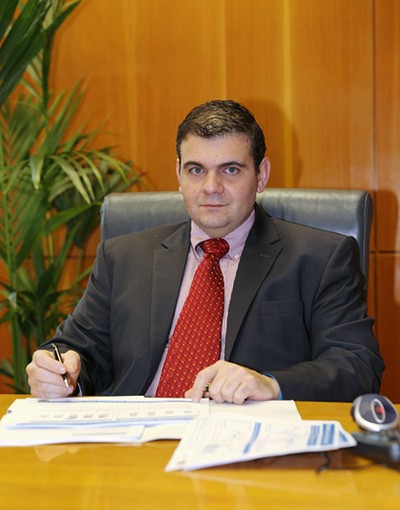 Michalis Persianis has been Corporate Affairs Director at Bank of Cyprus since 2015.

He worked as a correspondent for the Wall Street Journal/Dow Jones from 2011 to 2014, and as Head Editor for Economy and Finance at Kathimerini newspaper (Cyprus edition) from 2009 to 2014.  From 2005 to 2009 he was Head of Research (Presidential campaign) and Parliamentary staffer (European Parliament) for Mr Ioannis Kasoulides.

Michalis was also co-founder of Intelanco Bespoke Analysis (2012-2014), worked as an analyst for the Institute of World Politics (2005), and provided political support to Mr. George Vassiliou, the Chief Negotiator for Cyprus’ accession to the European Union.

He earned his BA in Political Science from Rutgers University, New Jersey, USA in 2002, and went on to earn an MA in International Economics and European Studies from John Hopkins University, Maryland, USA in 2005.