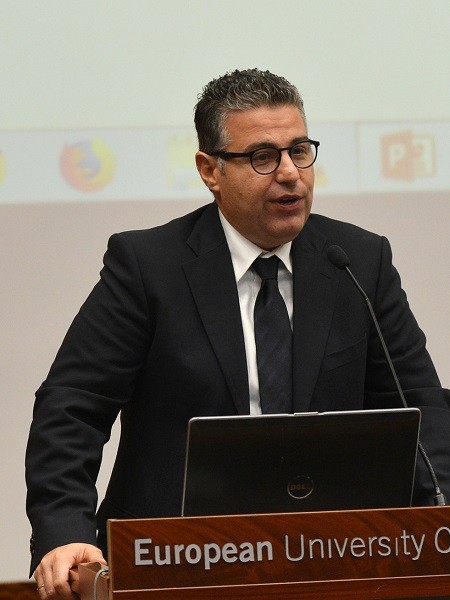 George is Professor in Risk Assessment at European University Cyprus, Dean of the Ioannis Gregoriou School of Business Administration and Director of the Centre of Risk and Decision Sciences (CERIDES).

He sits at the Management Committee of Secure Societies – Protecting Freedom and Security of Europe and its citizens of “HORIZON 2020”.  He was Representative of the Republic of Cyprus in the Socio-Economic Committee of the European Chemicals Agency (ECHA) and Member of the Academic Committee of ERNCIP – the European Research Network of Critical Infrastructure Protection at JRC Ispra.