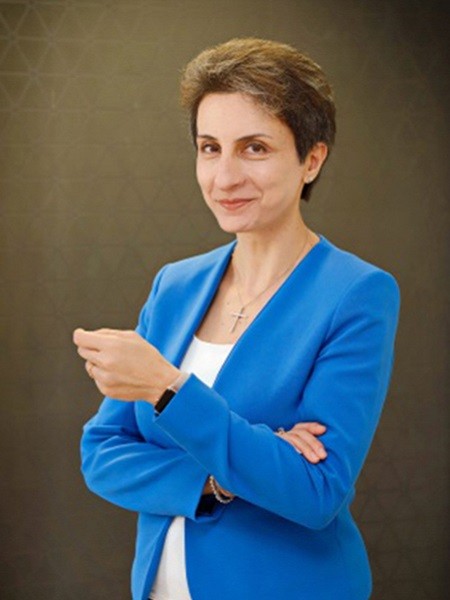 Angela is an Innovation, Startup & Entrepreneurship Professional with long experience in the industry in Cyprus & abroad.

Angela was leading for six years the Innovation & Entrepreneurship Center of the Bank of Cyprus, having the responsibility for IDEA Innovation Center – the largest Incubator–Accelerator for Startups in Cyprus, the Business Academy which develops financial & digital literacy in SMEs and ARIS Startups incubator in Limassol.
In addition to her long career in banking in Cyprus & abroad, she has been involved in intrapreneurship and is today a coach, trainer, mentor & advisor to young entrepreneurs from idea-stage to revenues & investment. With frequent presence in the Media, is a speaker, judge & panelist in Cyprus & abroad, having led several delegations in foreign countries.
Angela is a member of the Board of Directors of Cyprus Investment Promotion Agency CIPA – Invest Cyprus, of IDEA Innovation Center and a member of the Advisory Boards of ARIS Incubator, European University Cyprus EUC – PEAK Innovation Center & the Global Entrepreneurship Monitor GEM Cyprus – University of Cyprus – Center for Entrepreneurship C4E. She also served as a Member of the BoD of the Bank of Cyprus Cultural Foundation.
In 2021 she was awarded with the Madame Figaro ‘Woman of the Year Award’ in the prestigious category of ‘Businesswoman/Professional’, voted by both the public & experts.
In 2019 she received on behalf of IDEA, the 1st European Award by the European Commission after having competed with 29 countries, in the European Enterprise Promotion Awards.
Angela holds a BSc in Financial Services – University of Manchester, a BBA in Business Administration, & an ΜΒΑ – University of Birmingham. She has received training though US State Department on SMEs, is a Certified Islamic Finance ExecutiveTM ETHICA – AAOFI & has received training in Economic Diplomacy by the Ministry of Foreign Affairs.
Angela is a strong supporter of women empowerment & fiercefully promotes equal opportunities in entrepreneurship.