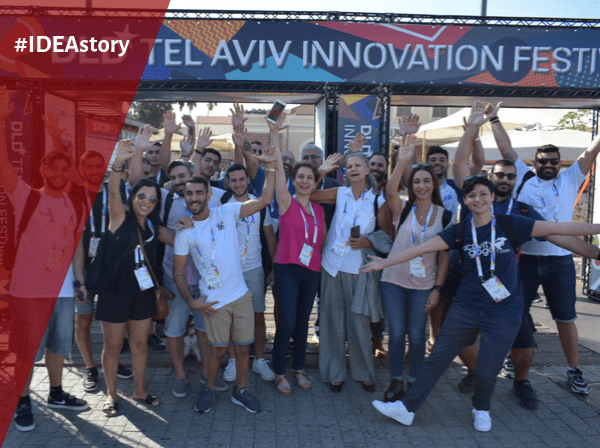 IDEA Innovation Center was founded in 2015 by the Bank of Cyprus and other prestigious Partners, as an incubator-accelerator for startups and an entrepreneurship hub.

Today IDEA is the largest, non-profit, comprehensive organization in Cyprus which forms a cluster of private and public partnerships to support startups and innovative Small and Medium-sized Enterprises (SMEs).

It hosts startup companies offering them the highest quality of training and services, so as to turn their innovative ideas into viable businesses with a global outlook. Specifically, it provides aspiring entrepreneurs all the tools to gradually turn their idea into a profitable business:

Within all the support we offer, we emphasize that the major success factor for entrepreneurs is themselves: their passion, their determination, their sense of urgency, their hard work, their willingness to give and take.

Since its establishment, IDEA supported the establishment of 82 startups with over 190 entrepreneurs and helped to create more than 90 new jobs, trained more than 5000 entrepreneurs and invested more than €4m in the Cyprus innovation & entrepreneurship ecosystem. Most importantly, IDEA has achieved perhaps 2 of the most significant recognitions in Cyprus – one of our startups has been accepted to Y Combinator and has already secured significant investment from a US fund, while s second one, raised €600.000 through a crowdfunding platform, the greatest success to-date for a Cypriot startup. At the same time, several other of our startups have attracted investment capital and business partnerships from Cyprus and abroad, have established their own offices and/or employ staff of their own.

A testament of our hard work, IDEA Innovation Centre was the 2019 European Winner in Investing in Entrepreneurial Skills, surpassing 29 other countries, in the European Commission’s ‘Enterprise Promotion Awards’. This was an extremely significant international distinction, capping IDEA’s long list of accolades both in Cyprus and overseas, underscoring its leading role in promoting entrepreneurship and innovation in the country.

IDEA Innovation Center was founded by the Bank of Cyprus and other partners, and is mainly supported by the bank as part of its Corporate Social Responsibility. Crucial to our success is the valuable support of our strong partners: Cyprus Telecommunications Authority – CYTA, Lellos P. Demetriades, DelemaMcCann Cyprus and Deloitte Cyprus. We are delighted to see that more and more partners are joining our vision and we are happy to have today on board Ίδρυμα Έρευνας και Καινοτομίας/ Research and Innovation Foundation, Kinisis Ventures, OEB, Areti Charidemou & Associates LLC, Invest Cyprus, JCC Payment Systems, PowerSoft Computer Solutions Ltd, AWS, ASBIS, Logicom Solutions, Innovation Leo-Burnett, Centre for Entrepreneurship – C4E, University of Cyprus, Οργανισμός Νεολαίας Κύπρου / Youth Board of Cyprus, Cyprus Chamber of Commerce and Industry, Eraclis Papachristou Architects and Christos P. Theodorou Architectural Office.

We love what we do, and we aspire to create investible startups and change the Cypriot culture towards entrepreneurship, elevating Cyprus higher on the innovation map. We would like to see Cyprus becoming the bridge between the innovation hubs of Europe, Asia and Africa.

Our greater vision is to constitute Cyprus as a regional innovation hub.