IDEA Innovation Centre is a multi-awarded non-profit organisation that has received many accolades over the years in Cyprus and overseas, in recognition of its leading role in promoting entrepreneurial innovation.

The awards IDEA has received over the years bring us pride and unwavering commitment in continuously promoting innovation and entrepreneurship on a national and international level. Our aim is to elevate Cyprus on the international innovation map and with our continuous success and determination we are heading there! IDEA’s most recent awards and accolades are: 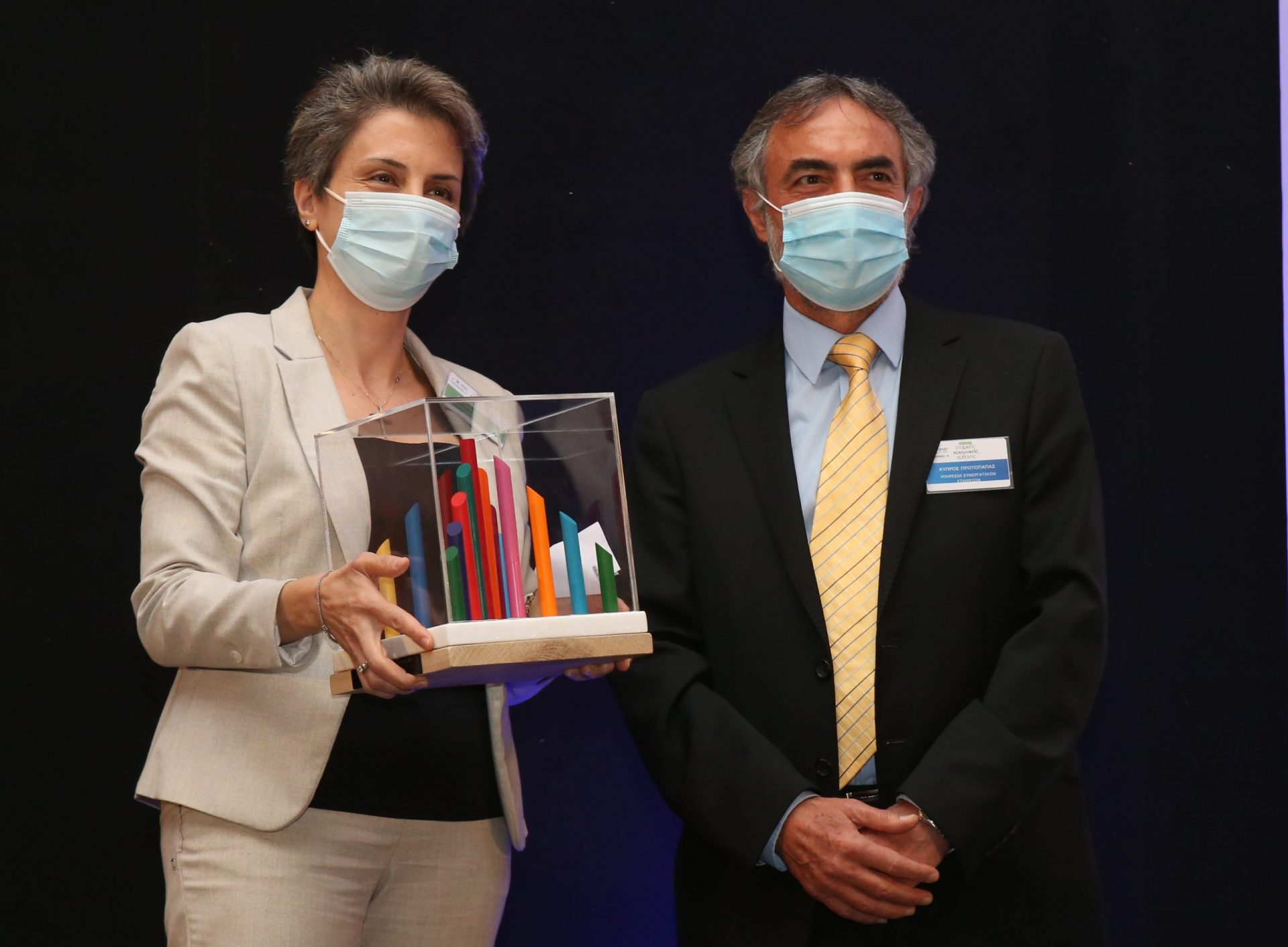 IDEA has been awarded at the CSR Cyprus “Good Practices for Corporate Social Responsibility & Sustainability” Awards – CSR & Sustainability National Business Network. The criterion of IDEA success was that it creates new businesses, new jobs, capitalizes the minds of young people, promotes youth entrepreneurship & extroversion, through its valuable PARTNERS in Cyprus and abroad.

IDEA Innovation Centre was the European Winner in the 2019 European Commission’s ‘Enterprise Promotion Awards’. Having competed against 260 candidates from 29 countries, IDEA made it to the finals in ‘Investing in Entrepreneurial Skills’, where it surpassed the two other finalists. This was an extremely significant international distinction, capping IDEA’s long list of accolades both in Cyprus and overseas, underscoring its leading role in promoting entrepreneurship and innovation in the country, while placing Cyprus firmly on the innovation map.

The European Enterprise Promotion Awards (EEPA) are organized by the European Commission to identify and recognise those who promote entrepreneurship at the national, regional and local level. 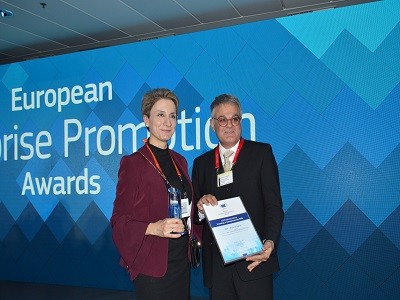 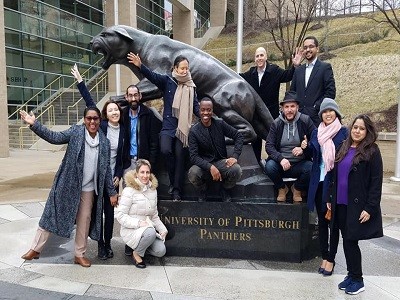 Invited by the US Department of State for 3 weeks in USA, 2019

IDEA was honoured to be invited by the US Department of  State and the US Embassy in Cyprus to participate in the ‘Entrepreneurship as the Engine of Prosperity & Stability: Small Business Development’ program. The three-week long program was held in 5 US states, providing the opportunity to interact and create links with the US entrepreneurial ecosystem and understand the local culture.

The program run under the ‘International Visitor Leadership Program’ initiative of the US Bureau of Educational and Cultural Affairs, aiming to promote small business development, innovation, and entrepreneurial acumen as paths to socio-economic wellbeing and political stability.

IDEA  was invited by the European Commission and the Government of India to represent Cyprus in the ‘Europe-India Innovation Partnership’ organized in New Delhi with the participation of 15 different countries. 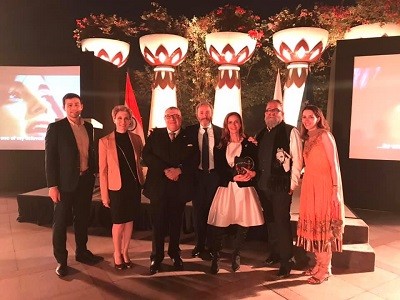 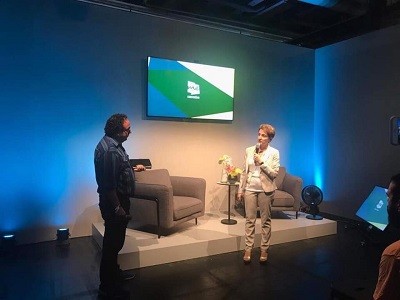 Invited to present Nicosia as a ‘Startup City’ in Frankfurt, 2019

IDEA’s role in promoting entrepreneurship in Cyprus was acknowledged in its invitation as a speaker to the American conference SXSW – European edition ‘Me-Convention’ in Frankfurt, to present Nicosia as a ‘Startup City’. IDEA was accompanied at the conference by Cyprus Investment Promotion Agency, while our presentation of Nicosia was fully supported by the Mayor of the city.

The 2019 Frankfurt edition of the convention hosted over 140 speakers and 2,200 participants from across the globe for 58 talks and 52 interactive/mentor sessions and examined the current state of the world, created a vision for a better future and uncovered how to bridge the gap.

In 2018 IDEA received the National Award at the European Enterprise Promotion Awards for ‘Promoting the Entrepreneurial Spirit’. EEPA identifies outstanding projects from across Europe that are working to support entrepreneurs and small businesses. IDEA’s contribution in changing the nation’s mindset and culture towards innovation and entrepreneurship, by educating teenagers and students and strongly fostering female entrepreneurship was well recognised with this distinction. 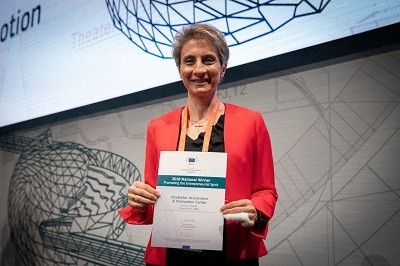 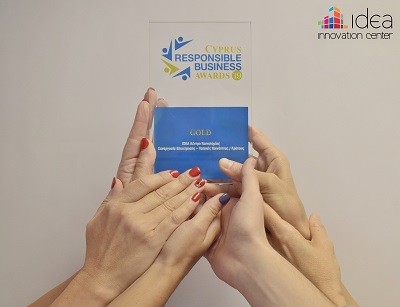 At a national level, IDEA has won the Gold Award for ‘Excellence in Cooperation – Private-Public Partnership’ by the ‘Cyprus Responsible Business Awards 2019’. This directly relates to IDEA achieving the direct cooperation between public and private sector, such as with the Chief Scientist and various Ministries and institutions that promote innovation, by implementing common activities to achieve favourable legislative changes for the benefit of the local innovation ecosystem.

IDEA has been presented with the Silver Award for ‘Cause Advocacy’ by the ‘Cyprus Responsible Business Awards 2019’, highlighting  its  role in encouraging and inspiring youth towards innovation and entrepreneurship. IDEA is leading the effort in creating a generation of young entrepreneurs and ultimately reinforcing the stimulation of economic growth and social inclusion, by developing initiates that support entrepreneurial educational practices amongst youth and building up their confidence in their own skills. 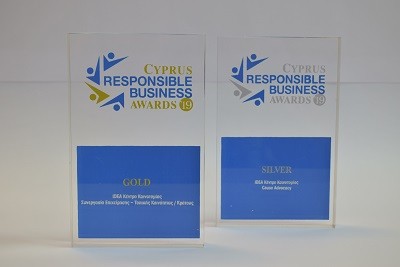 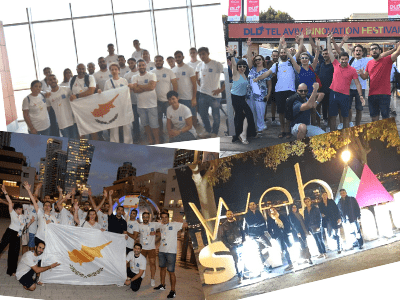 Leader and organiser of National Delegations

IDEA has led and organized 3 National Delegations to DLD Festival in Israel with the participation of universities, the government sector and young entrepreneurs. It has also co-organized  and co-funded two National Delegations at the ‘Websummit’– Lisbon, along with the Research and Innovation Foundation and Invest Cyprus.

IDEA, as the leading innovation center in Cyprus, is frequently invited as a speaker, panelist or judge in conferences and entrepreneurial competitions, both in Cyprus and abroad. 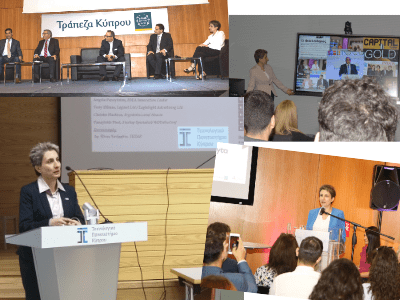 “
H.E. Mr. Nicos AnastasiadesPresident of the Republic of Cyprus, 8 February 2017

“Such activities [... as IDEA...] touch on the essence of the problem of development in our country.... We need new ideas, new people, new businesses, and this is what IDEA serves in the best way. ... I would like to congratulate the initiators and all those working at IDEA.
... It is essential for us to regain the competitiveness of our economy, to invest in innovation and entrepreneurship. This is precisely the dimension that the IDEA serves and promotes”

“I congratulate the founders for this extremely positive initiative, which is already bearing fruits. It is an initiative which confirms that in the effort of promoting innovation and entrepreneurship, we have strong allies in the private sector and the academic world.
The IDEA initiative is at the core of promoting entrepreneurship and innovation. Grants are always important. But more so are the tolls and the knowhow, the mentoring and the networking, which is exactly what IDEA offers”

“IDEA with a comprehensive program, aims to help small groups, so-called startups, which have an innovative idea at an early stage, to reach an integrated planning and implementation in a business entity in a short period of time”

“
Dr. Stelios HimonasPermanent Secretary of the Ministry of Energy, Commerce and Industry,24 January 2019

“IDEA’s main objective to promote innovation and entrepreneurship in Cyprus, allies perfectly with the goals and priorities of the Government. All the work done by IDEA for the creation of new companies, the development of viable businesses through also digital transformation bringing about cultural change and promoting the international exposure of SME’s, leads to the creation of a new entrepreneurship ecosystem and further economic and social development in Cyprus.
I would like to congratulate all companies participating and IDEA for providing the channel to success for these companies. This is the way forward. By empowering young people, by creating new businesses and higher value product and services, by embracing technological change”

“Let me start by congratulating IDEA for the excellent work that has being doing since its establishment with the support of the BOC and other strategic partners, addressing a fundamental need of the Cypriot market. That of providing support to startup teams during the initial stages of entrepreneurial activity.
This is a great contribution and development of our national startup ecosystem and to the creation of a vibrant startup community”

“Although we were initially interested in understanding the spatial character of the place, we took away so much more. It was invaluable for our students to understand how themselves can be integrated in the business world after their studies! We are a small place and our students do not have necessarily the broad exposure to international practice and realities much”

“IDEA gives hope to the Cypriot startup ecosystem … IDEA is literally the reason I chose to give Cyprus a second chance. We can see a culture change in Cyprus and I firmly believe that IDEA is spearheading this effort”

“IDEA is the leading incubator in Cyprus … it provides all warranties on the road of making your startup successful… even in my case, when I entered with my idea materialised, [IDEA] helped with networking, forming cooperations with large companies, having the credibility of IDEA supporting you, … these are all factors that help us achieve our goals”

“Especially during the first months of [accelerator] training I received invaluable knowledge, it felt like completing an MBA program in three months! Of course funding is very helpful too, but having office space for free with the amenities and luxuries offered to work and hold business meetings are very important too. IDEA is a gold ticket in the startup ecosystem in Cyprus”